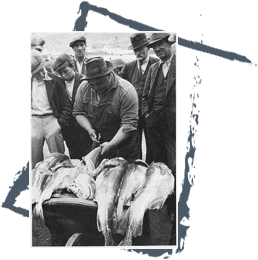 When the pillars of this building were being laid, they bored through earth and rock before they hit the very wharves that set the stage for a global fish exchange. Wooden wharves dating from before the Great Fire that decimated the city in 1892, wood so waterlogged and tough that the drills bounced off it.

From this stage Edwin Duder built a fleet of 100 ships fishing the local waters and carrying salt fish to the West Indies, Brazil, Great Britain and continental Europe. In all, Duder shipped 4,500 tons from 1840 to 1889. After a slow decline, the Newfoundland Bank Crash of 1894 (Black Monday) resulted in the final collapse of the Duder empire. Not long after, the premises were purchased by an enterprising family out of Brigus when Sir John Crosbie founded Crosbie and Co. 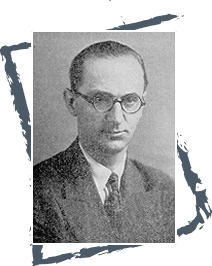 Once again, a fishing empire was built on these premises, as Crosbie bought fish from around the island and sold it across the world. In 1937, a bespectacled young socialist named Joey Smallwood was invited by John’s son Ches to set up an office on the premises to begin writing the Book of Newfoundland. Little did they know that in just a few years (1946 -1949) Ches Crosbie would take on Joey in his campaign for Confederation with Canada.

Here at the St. John’s Fish Exchange, we recognize the importance of looking back while moving forward, and we dedicate this restaurant to the hard-working, enterprising men and women of this great province, especially those who risked their life daily on the open seas to provide for their families.

pan-seared cod, crusted with seasoned panko crumbs, finished in oven and drizzled with citronette • can be prepared gluten free

Add shrimp, lobster or chicken to any of the greens $6

vegetarian stir fry with peppers, red onion, broccoli, and carrot with a choice of honey garlic, sweet and spicy thai or teriyaki sauce on a bed of rice OR rice noodles

the spanish classic served with fresh mussels, scallops, shrimp, calamari, and chorizo sausage on a bed of spanish rice

all SJFX Sides are $3 each

This banger of a cocktail is guaranteed to light up the night sky. Muddled cucumber and fresh lime juice contribute to an invigorating and crisp flavour, rounded out by simple syrup. Newfoundland Distillery Seaweed Gin, shaken over ice and ground ginger, gives this cocktail its zing and staying power. At least boondoggles can be delicious!

Inspired by the Salty Dog, this cocktail was given a bittersweet Newfoundland twist.  Iceberg Gin, grapefruit juice, and lime juice.  Droplets of Angostura bitters enhance the grapefruit’s flavour, while a salted rim cuts through its tartness.

It’s all you ever wanted!  Life may be simpler around the bay, but the flavours are still complex – lemon, pineapple, Iceberg Vodka – all finished off with a bayleaf that pulls together the sweet flavours, and unlocks them with a hint of earthiness.  Garnished with a charred lemon.

This cocktail’s crisp apple flavour synergizes with the underlying piquancy of Iceberg Vodka, with just the right amount of sweetness.  Levelled out with our sage simple syrup, garnished with an apple slice and a single sage leaf, and served in a stemmed flute, this elegant little drink is quite a treat.

You’ll be charmed by this enchanting take on a whiskey sour. Bearface Whiskey, lime juice, lemon juice, and frothed egg white come together to create a beautiful and smooth libation. The smoking rosemary sprig engages the senses, while its trail of smoke will enrapture those around you.

Inspired by the Great Fire of 1892, our take on the Dark and Stormy features Screech Spiced Rum and arrives in flames.

Using Newfoundland Rum and Purity syrup, this is the closest you can get to an adult version of a Newfoundland cupboard staple.

Our play on the popular bourbon-based prohibition classic features burnt orange and bakeapple flavours for a sweet and aromatic finish.

Lemon juice, OJ, and Hornitos Tequila come together in a perfect storm; a smidgeon of strawberry Purity syrup ensures that there will be a red sky in your future.

Available in both red and white.

Our white sangria is crisp and refreshing, made with white wine, freshly squeezed orange juice, white cranberry juice, peach schnapps, and a touch of mint.

Our red sangria goes back to our Spanish roots, only with a twist; red wine, orange juice, pineapple juice, and cherry brandy.

This mintless rendition of a Cuban classic can be savoured as a traditional mojito or enhanced with a syrup from local berries. Ask about today’s flavour! 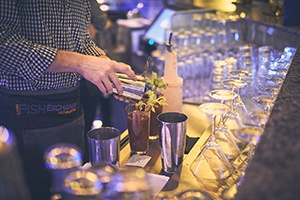 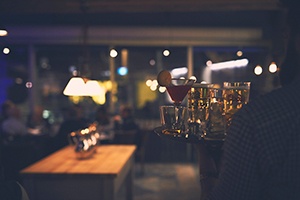 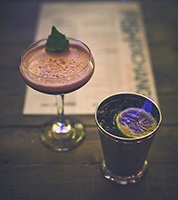 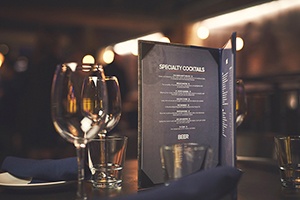 If you're hosting a private event, make it a truly unforgettable experience at the spectacular St. John's Fish Exchange.